A new member of the team 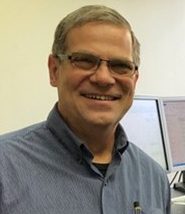 Dr Sawatsky was professor of church history and mission and director of the Mission Studies Center at the Anabaptist Mennonite Biblical Seminary (AMBS) in Elkart, USA. He joined the faculty in 1990 and retired in 2012, although he continues to teach individual courses and counsel students. Dr Sawatsky combined AMBS teaching with teaching assignments in Eastern Europe and the former Soviet Union, and he held consulting roles with Mennonite Central Committee in Eastern Europe. He was administrator for a 31-volume Bible commentary series translated into Russian. In addition, Dr Sawatsky was a member of the organizing committee that led the creation of the five-volume Global Mennonite History, and he edited Mission Focus: Annual Review for nearly 20 years.

Among Dr Sawatsky's extensive publications are the following:

“Tensions Between Evangelical Protestants in the Former Soviet Union and America since 1989 - A Reflective Commentary,” Religion in Eastern Europe, 27/4, 2007, 24-32.

“Russian Orthodoxy Faces Issues of the Day and of the Century - Church and Society, Religious Pluralism, Martyrs and Mission,” Religion in Eastern Europe, XXII, 2 (April 2002) 1-15.

“What Are They Really Saying? Recent Scholarship on the Proselytism Problem in Eastern Europe Assessed.”, Fides et Libertas, 2001, 97-111.